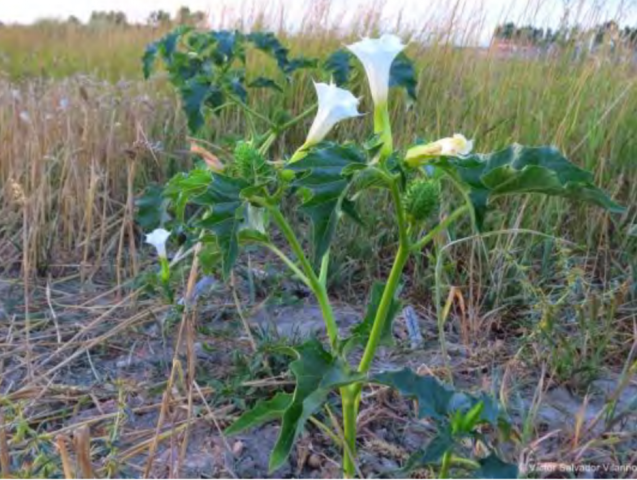 The expansion of exotic species is one of the greatest threats to biodiversity, with wetlands being very vulnerable to these invasions. especially in rivers and streams that, due to their spatial continuity, act as corridors along which invasive species roam. At the same time, they displace many native species and formations from their original sites, among them the most typical species of these environments, which end up being the most threatened victims.

In order to prevent these damages, species with invasive capacity must be identified, together with their reproduction and dissemination mechanisms, in order to be able to intervene on them as efficiently as possible.

This measure aims to examine the status of the populations of exotic and invasive species within the CyL area and specifically within the Natura Network Areas included in the MedWetRivers project.

THIS ACTION IS COMPLETE AT THE PRESENT.

The results will contribute to the achievement of objective 5 of the European Strategy on biodiversity for 2020, to implement the Birds Directive (Article 11) and the Habitats Directive (Article 22) and responds to Law 42/2007 (Article 61), since it will identify and prioritize invasive alien species and colonization mechanisms, establishing measures for their control and eradication, as well as to prevent their introduction and settlement and, if necessary, propose their inclusion in the Spanish Catalog of Species Exotic Invasive and future Regional Catalog of Invasive Exotic Species.

Studies have been conducted on the American raccoon and a compilation of existing information on invasive flora and fauna, its diagnosis and management measures applied in other territories. For this species in particular, a study has been carried out, focused on the areas adjacent to other autonomous communities with stable populations, to be able to detect at an early stage the species and, if confirmed, to determine its population status and design a program of monitoring and population control.

On the following link it can be downloaded:

The memory accessed through the link provided above, does not include its annex V: Exotic species files present in the field of study. They are listed below so they can be downloaded individually:

Updated information on invasive exotic species will be essential for the updating and mandatory revision of the already approved instruments for planning, management and monitoring of the Natura 2000 Network Protected Areas in Castilla y León