A6: Diagnosis of coherence and conectivity. 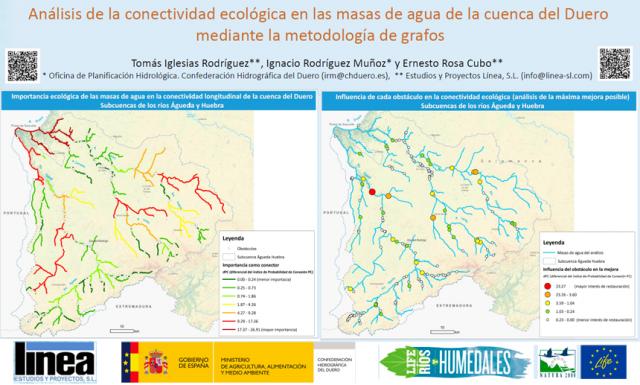 Just as  European  recognises the role of river courses such as wetlands as points of link between populations of species of community interest, so does state legislation.

Acting in conformity with these legal boundaries, it is essential to have a diagnosis on the Coherence and Connectivity of the Natura 2000 Network in Castilla y León. This is measured in terms of inter and intra connectivity with ZEC and SPAs.

This action has sought to understand and explain the degree of fragmentation of habitats of community interest, both for those included in a single Natura Network space and especially for the set of all these areas.

This work has already been accomplished.

The works were aimed at  improving and updating the values of the connectivity indexes and incorporating others such as the vertical connection (river-aquifer) and an inter-connectivity index RN 2000, which analyses the role of fluvial axes (channels and plains affected by floods) as components of connection.

For the development of this action the Duero Hydrographic Confederation has contracted the following works:

The information yielded from the execution of this action will be fundamental for the evaluation and mandatory revision of the instruments already approved for planning, management and monitoring of the Protected Areas Natura 2000 Network in Castilla y León.