A1: Directives and coordinations for demarcation of cartographic improvement 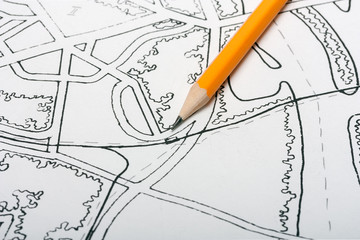 The original limits of each space of the Natura 2000 Network of Castilla y León, as required by the European Commission at the time, were drawn on cartography on a scale of 1: 100,000, and have been specified in successive approximations.

However, the current cartographic information is in many cases ambiguous when it comes to the management of it, which raises frequent questions of interpretation when attempting to materialize on the ground the exact limit of the territorial extension of it as established by these figures, and generates certain legal uncertainty both to the administration itself, as to the owners of the land. Therefore, it is necessary to improve this cartographic and adjust these limits at the most accurate scale possible in order to adjust it more efficiently to the reality of the territory.

The objective of this first measure is to update the cartographic limits included in the ZEC and SPAs  in the territorial part of the project, which were carried out on different dates and with different technologies. there have been errors and above all inaccuracies that are proportionally greater in small areas and zones,  lines or strips of land as are most rivers and wetlands. These errors and inaccuracies bring  their legal and administrative repercussions, so it was considered a priority to carry out this adjustment of limits and the homogenization of all of them on a scale of 1/5000.

DEVELOPMENT AND OUTCOME OF THE PROGRAMME:

During the first quarter of 2013 the Geographic Information System of the Natural Environment (SIGMENA) from  the Ministry of Environment of the Castilla y León Regional Government, has developed a technical document with the criteria and methodology to be followed for  the limits of cartographic adjustments, which can be Downloaded in the following link.

this document is developed taking into account the whole Natura 2000 Environment network of Castilla y Leon given that:

in these circumstances, it was necessary  for the technical document to be made with the support of the team of technicians from the Junta de Castilla y León who were preparing the necessary planning instruments to carry out the process of designation of the ZEC, since both give compliance with the requirements of the European Commission as for its own technical and administrative coherence, the review of the limits of areas to declare ZEC, must be made prior to  processing and approval of its corresponding Management Plan.

The cartographic adjustments carried out, within the cartographic level review established in the elaborated technical document, is included in the first level (cartographic adaptation), whose changes do not imply a true modification, but the adaptation to a greater precision derived from the technical improvements in the use of Geographic Information Systems

The result of the cartographic adjustments, has been unified  in two new vector layers for use in GIS, one for the ZEC and another for the SPAs areas, which can be downloaded through the following link.

To begin with, in  the analysis of it were obtained data in reference with the variations with the perimeter and surface of land. (DOWNLOAD).

[1] The 57 Natura areas included in this LIFE Project represent great spatial heterogeneity. We find wetlands and fluvial areas in the strict sense, that is, limited to the layer of water or the channel along with a narrow strip protection; wetlands and fluvial Areas that are included in very extensive areas -because of their coincidence with areas of the Natural Areas Network of CYL-, although the "water element" is fundamental and vertebrates the area.