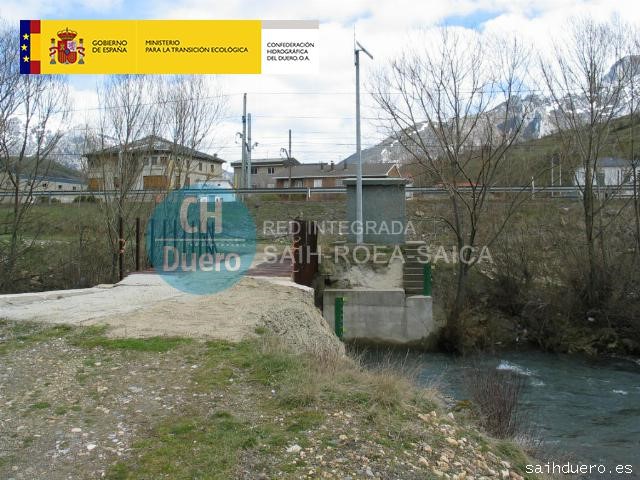 Water is the abiotic substance on which a large part of the habitats and species of community interest depend. It is upon which  were ZEC/SPAs designated and were included in the typology of Fluvial and Wetlands Areas. Many of them have ecological requirements that are characterized by relying on very specific water regimes and water quality levels. In addition, water plays an even more relevant and modeling role in the diversity and state of conservation of natural values within the Mediterranean biogeographic region, as it is a scarce resource and subjected to a strong intra- and interannual seasonality.

Knowing the state of surface and groundwater and its trends is basic when it comes to analysing and interpreting the conservation status of habitats and species of community interest that depend on water in some part of their life cycle.

Carrying out this study would be a huge task due to the enormous area of study for this LIFE Project, so the work has been limited to those fields that have a greater link with the conservation objectives of the ecosystems that form the scope of LIFE. Taking into account the Water Framework Directive (WFD) and the Nature Directives (Birds and Habitats), it has been considered that the fundamental aspects to analyze are:

Bioindicator communities: as witnesses of the ecological processes that take place in these ecosystems.

The generic objective of this action is to analyze the status of the surface and groundwater of the ZEC / SPAs linked to water and in particular, of the ZEC / Fluvial SPAs and Wetlands defined in the context of this LIFE + project.

This action has  already been accomplished.

Although the Life MedWetRivers Project was designed to select a series of ZEC and SPAs areas within the Mediterranean area in which the bulk of the proposed actions would be carried out, from the Duero Hydrographic Confederation, which participates in the project as responsible (among others) of this action, it was clear from the beginning that it had to address the entire watershed because: in linear ecosystems such as rivers, with habitats and species distributed along an axis with a predominant direction of flow of components (water, organic matter and sediments, which is known as River continuum concept), and a bi-directionality in the case of the part of the biota that makes voluntary displacements, therefore capable of making upstream movements against the current, it made no sense to diagnose quality and analyze connectivity in a fractional way. The quality of the water depends on discharges upstream of the ZEC or SPAs and the connectivity and continuity is linear and bidirectional along the entire fluvial axis.

It does not seem therefore to make much sense from the technical point of view to study the longitudinal continuity of a river bank CISs being limited to the transversal obstacles of the same, without analyzing those of downstream and upstream that connect the river, for example. Hence, the analysis that has been carried out as executed  taking  in consideration in  a global manner for the entire basin.

The framework of the development of this action, was made within an agreement established with the Foundation of the Autonomous University of Madrid (FUAM), in order to achieve an improvement in the information of the water masses related to the 57 Natura Areas.

The numerous information that has been compiled with the development of this agreement can be consulted in the following link.

Technical assistance was also sought to: Establishment of the Ecological Flow Regime for the Hydrological Plan of the Spanish part of the Duero Hydrographic Demarcation of 2015 with the aim of improving the determination of ecological flows in the following planning period ( 2016-2021).

To complete this action, during the summer of 2017 a proposal for a monitoring network for Mediterranean wetlands has been completed, as well as a set of physical, chemical and biological parameters to be followed up on. This network proposal is based on the control networks of the existing Douro Hydrographic Confederation and the Junta de Castilla y León and proposes to expand the monitoring network for lake-type water masses in the Duero basin with the incorporation of eight new water masses. water, whose entity coincides with the limits of the respective ZEC for which this monitoring is planned:

A memory of the corresponding documents of this work can be found following the links:

The information taken from the execution of this action will be fundamental for the evaluation and mandatory revision of the instruments already approved for planning, management and monitoring of the Protected Areas Natura 2000 Network in Castilla y León.